What are Paytm Mini Apps?

Paytm Mini Apps are apps which combine the functionality of native apps to the flexibility of mobile websites. They are essentially web applications opened inside the Paytm App whose functionality is enhanced via inbuilt JS APIs, effectively meaning your app despite being developed as a web app can still enjoy all the benefits of a native app when being listed as a Mini Apps inside Paytm App. 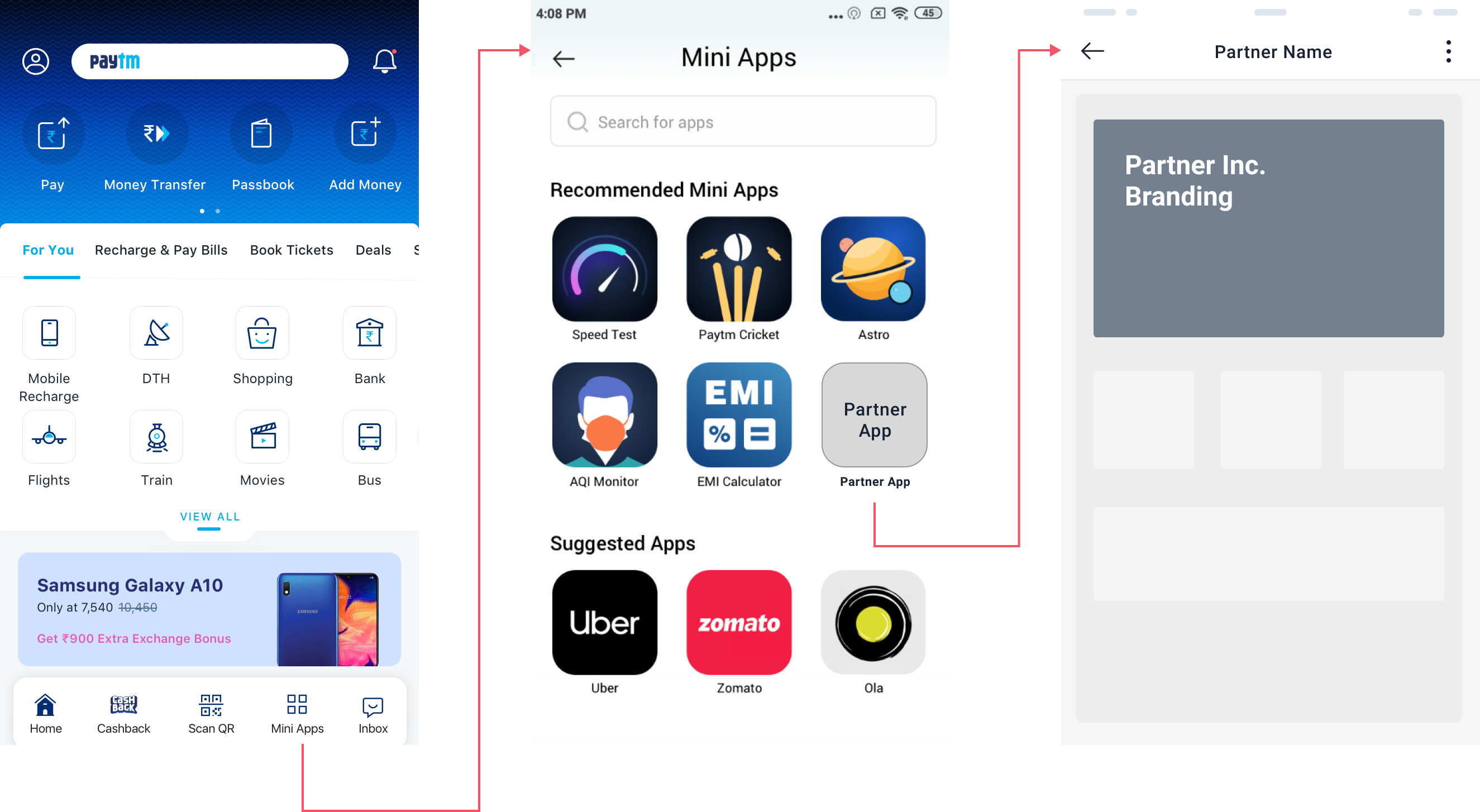 Why develop a Paytm Mini Apps?

There are many challenges with traditional mobile apps such as maintaining multiple codebases across platforms (iOS, Android or Web), costly user acquisition and requirement of app release and then a waiting period for user adoption for any change made in the app. Launching as a Mini Apps gives you freedom from all these hassles: implying lesser development/testing and maintenance costs which help you reach millions of Paytm users in a Jiffy.

Watch in the video below how Paytm Mini Apps can take your app to the next level:

Feedback
Did you find this page useful?